Coming every Saturday, Hodler’s Digest will help you track every single important news story that happened this week. The best (and worst) quotes, adoption and regulation highlights, leading coins, predictions and much more — a week on Cointelegraph in one link.

Ethereum’s highly anticipated conversion to a proof-of-stake (PoS) consensus algorithm, dubbed “the Merge,” took place at 6:42:42 am UTC on Sept. 15. The move is a key part of an overarching multi-year transition for the Ethereum blockchain. “It starts a chain reaction of changes,” Eli Ben-Sasson, co-founder and president of StarkWare, told Cointelegraph regarding the Merge. The Merge will reportedly help the Ethereum blockchain reduce its energy consumption by around 99%.

During a viewing party before the network’s shift from proof-of-work (PoW) to PoS, Ethereum co-founder Vitalik Buterin said: “[It] has obviously been a dream for the Ethereum ecosystem since pretty much the beginning. We started the proof-of-stake research with that blog post on Slosher back in January 2014.”

One party known as ETHW Core disagrees with the transition, however, aiming to maintain a PoW version of Ethereum via a fork in the 24 hours following the Merge. Multiple crypto exchanges plan on listing the forked chain’s related asset, ETHPoW (ETHW).

Digital asset trading platform Abra announced that it was establishing two financial institutions: a United States bank and an international crypto business. Aimed to open in 2023, the U.S. state-chartered bank will operate under the name Abra Bank and will be compatible with digital assets in a format similar to money at traditional banks, or so it appears. Stationed beyond U.S. borders, a branch known as Abra International is also in the plans. The firm is looking to check all the appropriate boxes for Abra Bank and Abra International in terms of regulation.

Norway’s central bank, Norges Bank, is using the Ethereum blockchain’s structure to construct its central bank digital currency (CBDC). The bank is still in the early stages of building its CBDC, but has unveiled the open-source code for the asset’s testnet via a sandbox. Many countries have expressed interest in or have started working on a CBDC, though the asset does not necessarily need to be built on the blockchain. The Bahamas and Nigeria already have live CBDCs.

During the remainder of 2022, the U.S. Securities and Exchange Commission (SEC) will add a pair of new offices, one of which will aid in its crypto regulatory pursuits. The Office of Crypto Assets, housed under the Division of Corporation Finance’s Disclosure Review Program, will evaluate digital asset filings. Such crypto issuer filings have increased, likely given the SEC’s increasing activity in crypto industry overwatch. This week, the U.S. government also unveiled a crypto regulatory framework covering numerous topics, with nine government departments involved in the framework’s creation.

Possession of Bitcoin still legal in China despite the ban, lawyer says

China’s regulatory regime for cryptocurrency remains unclear. “To date, possession of crypto in China has not been banned,” Lesperance & Associates founder David Lesperance told Cointelegraph. In fact, crypto holders in the country are protected by law on matters related to theft, misappropriation or breach of a loan agreement. “It does not make the commercial trading of this type of property legal, as the government has specifically banned crypto exchanges in China,” he added. 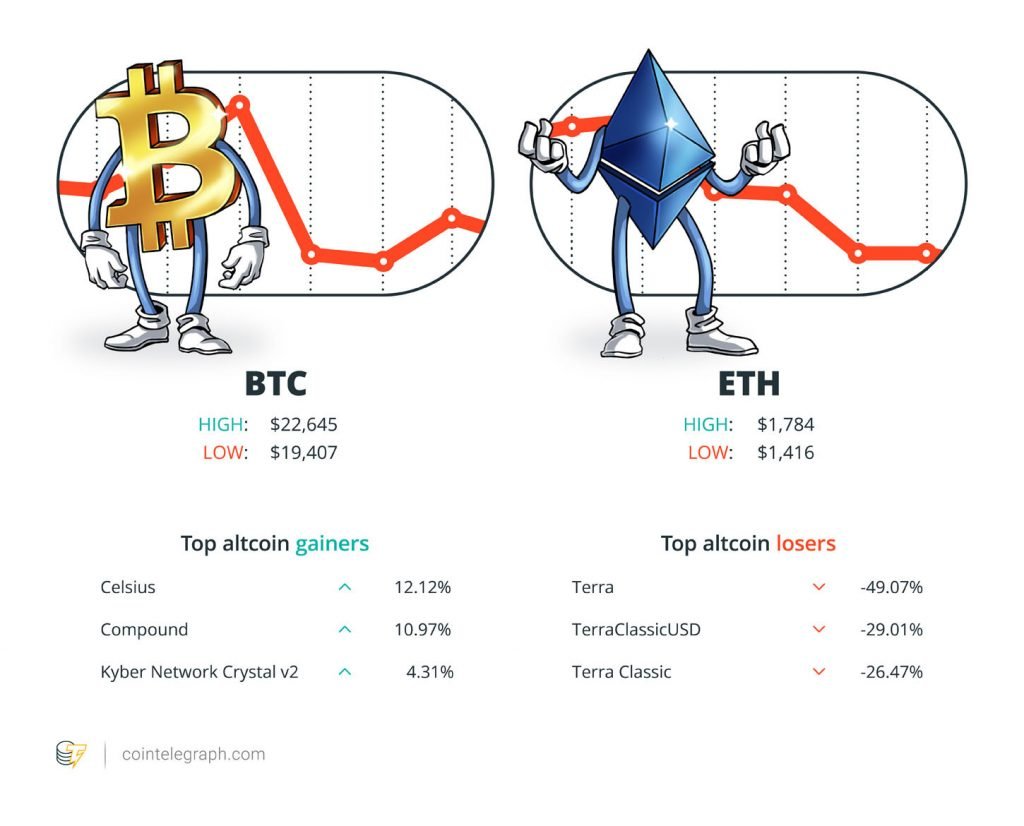 For more info on crypto prices, make sure to read Cointelegraph’s market analysis.

“I think the market, not only crypto markets but the stock market, is clinging to a hope that someday the Federal Reserve will magically say, ‘Well, I think this will be the last or the two last rate hikes.’”

“Music NFTs are an anti-genre. We’re seeing a lot more diversity and creative freedom in NFTs — as if artists are finally free to create for the sake of creating and not to fit the algorithms.”

“DeFi insurance is a sleeping giant. With less than 1% of all crypto covered and less than 3% of DeFi, there’s a huge market opportunity still to be realized.”

“If enough people get behind a fork for whatever reason, we feel the free market will decide on what should live and what should not.”

“It will be a significant mark of success when the first [Ethereum] block is produced by proof-of-stake. But this is like completing the launch of a rocket — we still have the rest of the journey ahead of us, which will pose its challenges.”

“Web3 seeks to safeguard the legitimate claims of individuals to have full control of their data and put privacy at the forefront of their online lives.”

Úrsula O’Kuinghttons, director of communications and partnerships at the Web3 Foundation

Prediction of the Week

Bitcoin got all the way up above $22,000 this week but subsequently fell back below the $20,000 mark in the days following, according to Cointelegraph’s BTC price index.

“I estimate that a rise in rates from where they are to about 4.5 percent will produce about a 20 percent negative impact on equity prices (on average, though greater for longer duration assets and less for shorter duration ones) based on the present value discount effect and about a 10 percent negative impact from declining incomes,” Dalio said in a Sept. 13 blog post.

FUD of the Week 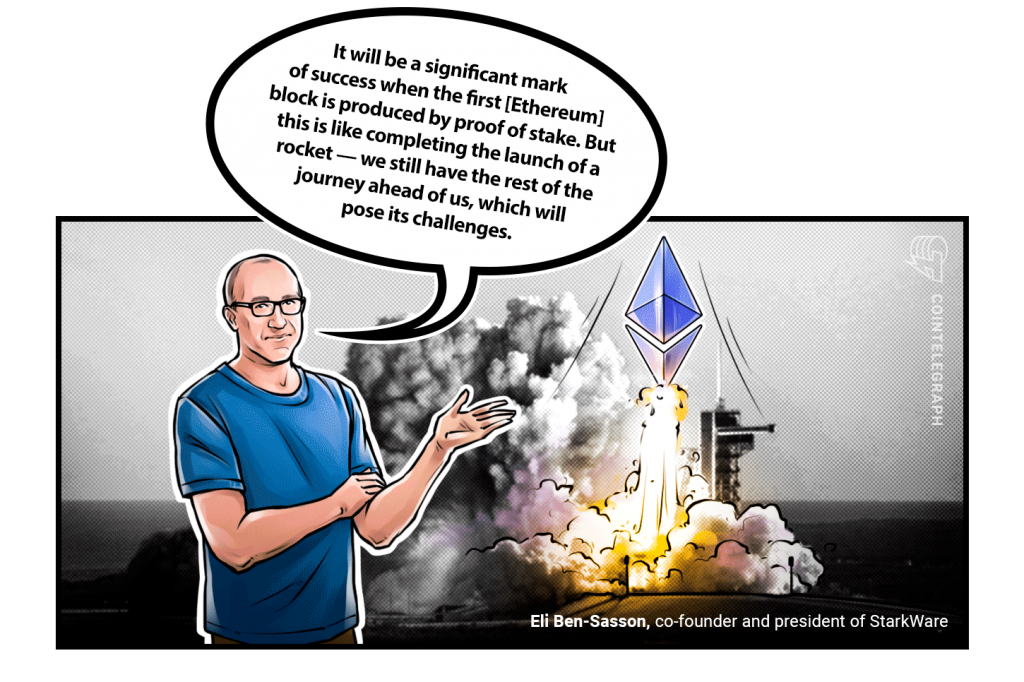 Thai SEC intends to ban crypto lending in the country

Thailand’s Securities and Exchange Commission wants to forbid “digital asset business operators” from providing crypto lending and staking services to customers, according to a Sept. 15 announcement from the government agency. The announcement requests feedback from the public on a potential ban, with Oct. 17 as the deadline to weigh in on the issue.

Authorities in South Korea are reportedly on the lookout for six people, including Terraform Labs co-founder Do Kwon, although Kwon and the others are in Singapore presently. The six individuals are reportedly the subject of an arrest warrant put out by a Seoul court. Kwon allegedly broke capital markets law in South Korea, according to the prosecutor. Terraform Labs heads up the Luna crypto project, which suffered a dramatic demise earlier in 2022. Further news saw prosecutors seeking to revoke passports for the six, who were all involved in the Luna crypto project. Additionally, prosecutors are seeking an international warrant for the arrest of the six.

Stone Ridge’s Bitcoin Strategy Fund will close up shop after Oct. 3, with liquidation expected around Oct. 21. On Sept. 9, the Stone Ridge Trust board of trustees voted in favor of the fund’s termination, according to a U.S. SEC filing this week. The fund, in part, uses futures products to give investors exposure to Bitcoin. 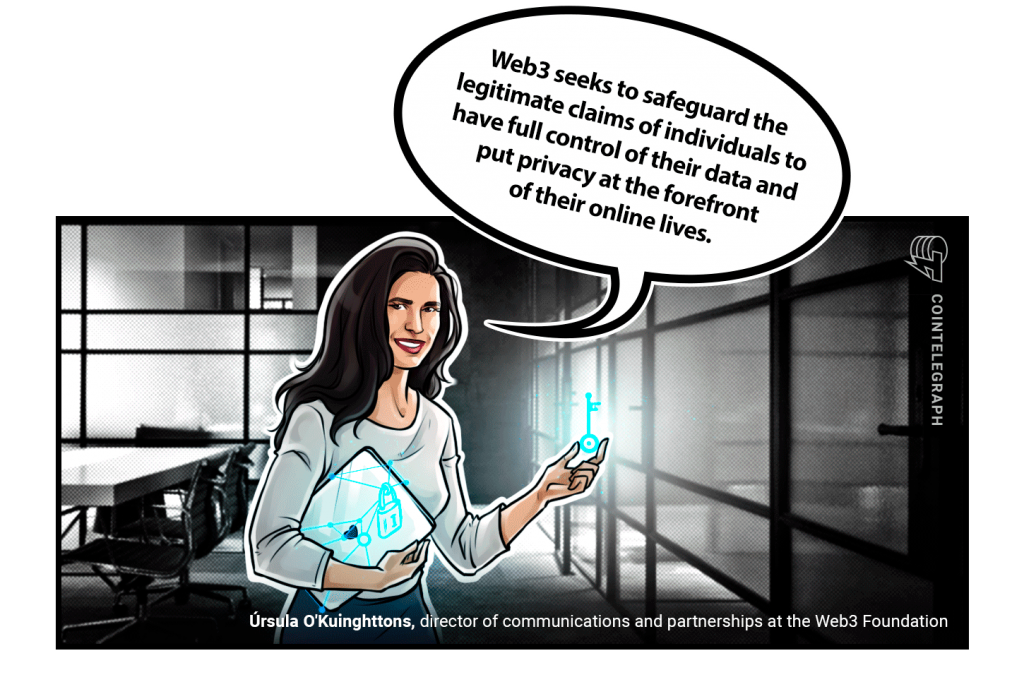 Ethereum is eating the world — ‘You only need one internet’

“Is there a need for more than one internet? And we know the answer is ‘Hell no.’”

“I think OGs are hard core believers who went all-in when nobody else was paying attention to the space.”

Boom and bust: How are Defi protocols handling the bear market?

A look at how DeFi protocols have fared during the recent bear market and the importance of continuing to build during market downturns.

The best of blockchain, every Tuesday

Subscribe for thoughtful explorations and leisurely reads from Magazine.